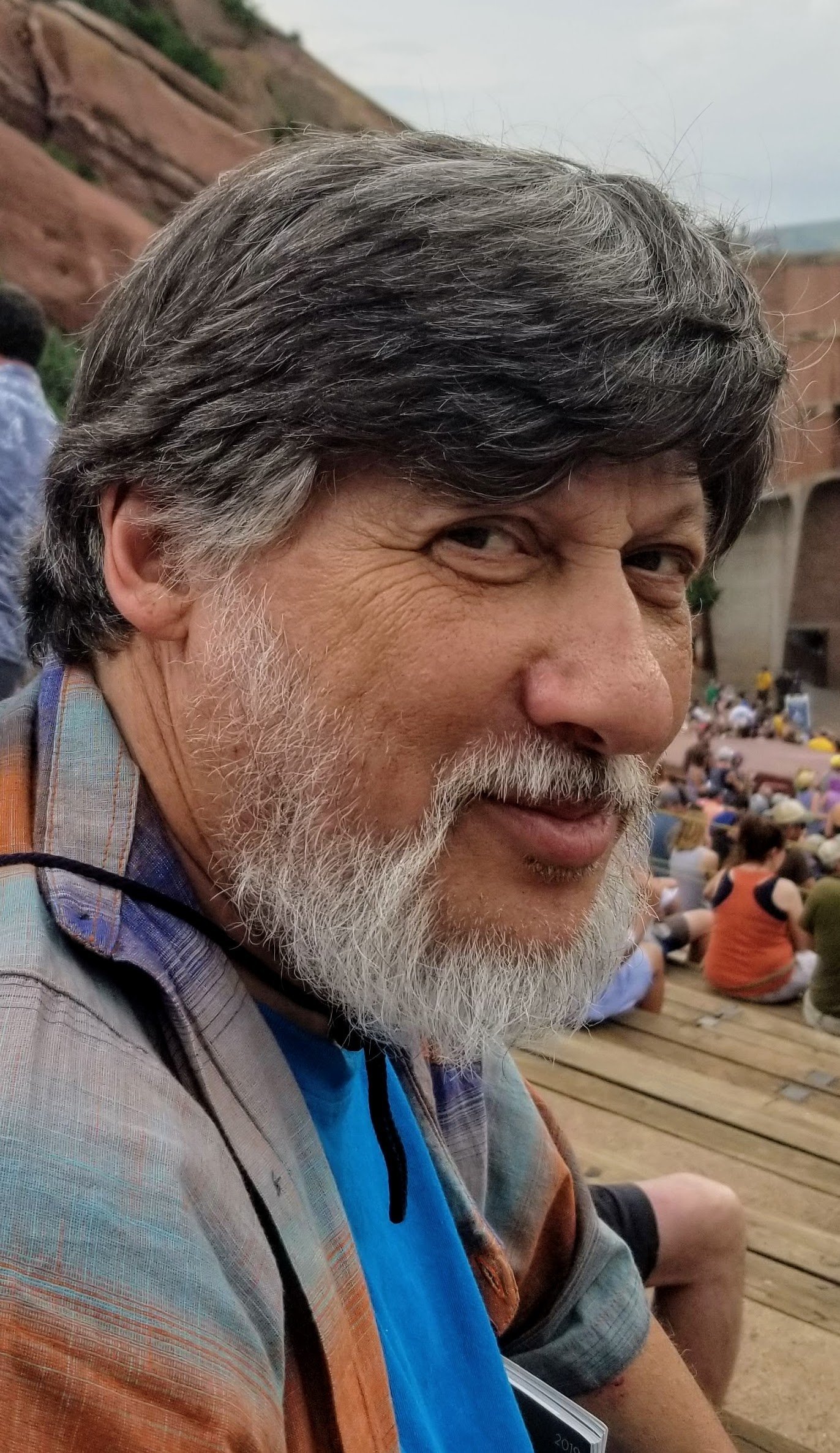 I am a bi-lingual and bi cultural artist/therapist/educator. As a Puerto Rican – New Yorker, currently living in Colorado, I am dedicated to artistic community development. My roots are in the South Bronx community art movement, spanning from 1984-2007. During that time, I grew as an artist and educator. I maintained a studio at the Bronx River Art Center – Artist Space program for over 15 years. There was an energetic sense of a grassroots movement with some institutional support and leadership that encouraged creativity on many levels. As graffiti artists took to the streets, we provided a safe haven to produce artwork for children and adults.

I have had the opportunity to work in a variety of mediums and in various locales and settings,  both in New York City and in  Colorado. At the Bronx River Restoration Center, which later became BRAC, I co-curated an exhibition “Darle Que Dale, Hit on it, then hit on it again: Ethnocentric Histories of Art”. This exhibition included images with the distinct and overlapping priorities of three cultures (Black, Hispanic, White) represented. This was a  unique artist/curator collaboration. Vivien Raynor’s article in The New York Times, emphasizes that it is an “An Ambitious exhibition  (that) Explores Work of Ethnic Artist”

In 1987, I was fortunate enough to have my work selected for the exhibition “Abstract Visions” at the Museum of Contemporary Hispanic Art in New York City. In the catalogue, it is noted that “Cardona enlivens his monoliths with raw energy of assemblage, giving them   a   ferocious and primeval aspect of animals and monsters.”

In  1989,  I received my Masters in Fine Arts in Sculpture at Hunter College in New York City. I built a nine-foot totem-like wall piece using a 4’ foot rolled steel element cantilevered 3 feet off the floor. It was  painted silver, gold and lemon yellow for my Masters in Fine arts thesis exhibition entitled “Stand Clear.” In 1990, I completed an Artist Residency and exhibition at the Institute of Technology of Bandung, Fine Arts Division, Bandung, Indonesia. I created a large    free- standing sculpture from native woods that were painted gold and a stainless steel sheet. It was prominently displayed in front of the campus library.

In 2001, I was selected to participate in “Sights and Sounds” where the concept was to have   a visual artist collaborate with a composer. I designed a room- size installation in relation to Graham Haynes’ jazz composition. Later in 2001, for the exhibition “Change/Process; Substructures Exposed” at the Bronx River Art Center, I built a site-specific installation using 10’ metal studs and a series of stainless elements generating a buoyant   and playful composition.

For “Liberte, Libertad, Liberty”, a  contemporary Caribbean statement on the American Revolution, I built a freestanding sculpture of stainless steel elements.  In my last cultural exhibition, “Rice & Beans/Black Eyed Peas and Collard Greens (and other stuff)”, I built new pieces with wood and metal where the issue of inside versus outside is challenged with metal sheets functioning both as a shell and also internal space,  but on a larger scale.

Since coming to Colorado (August 2019) I have created six large scale sculptural pieces and a series of large abstract drawings. I had a solo exhibition at the Globeville Riverfront Gallery. My work (drawing entitled Convergence 1)   was part of a virtual exhibition at el Museo de las Americas entitled “The Art of Being Alone; Artists in Quarantine. 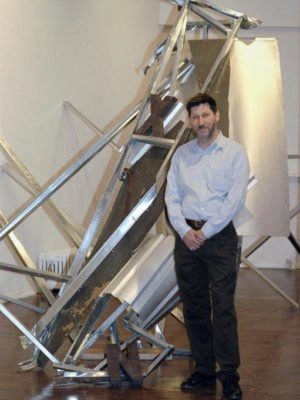 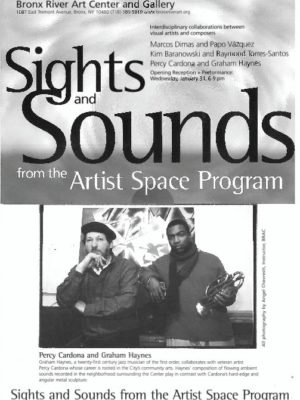 I have created a body of work that reflects contemporary sculptural sensibilities, and utilizes non-traditional materials in an assemblage format. This format has freed me from the constraints and biases of classical sculpture.  I utilize re-purposed materials for their plastic qualities, using them as points of departure; that is, I disregard the material’s history and purpose in generating the work.

While I utilize repurposed elements, they are merely points of departure.  In the drawings, I shift from the biomorphic forms reflected in my earlier work   to rectilinear drawings radiating beyond the borders of the page.  My sculptures are abstract forms in a variety of formats, including freestanding and wall pieces.  They include pieces that are composed of large, reflective diagonal elements, as well as those that are spatial pieces utilizing delicate, linear elements.

My approach to creating a piece is intuitive.  I utilize a direct building process without using preliminary models or drawings.  My artwork strives to create an experience of the piece in its entirety for the viewer as opposed to the perception of its parts.This approach reflects my personal views and beliefs.  I bring my diverse, multifaceted and artistic experience into my work and my life. I view many areas of thought and life in an unconventional manner.